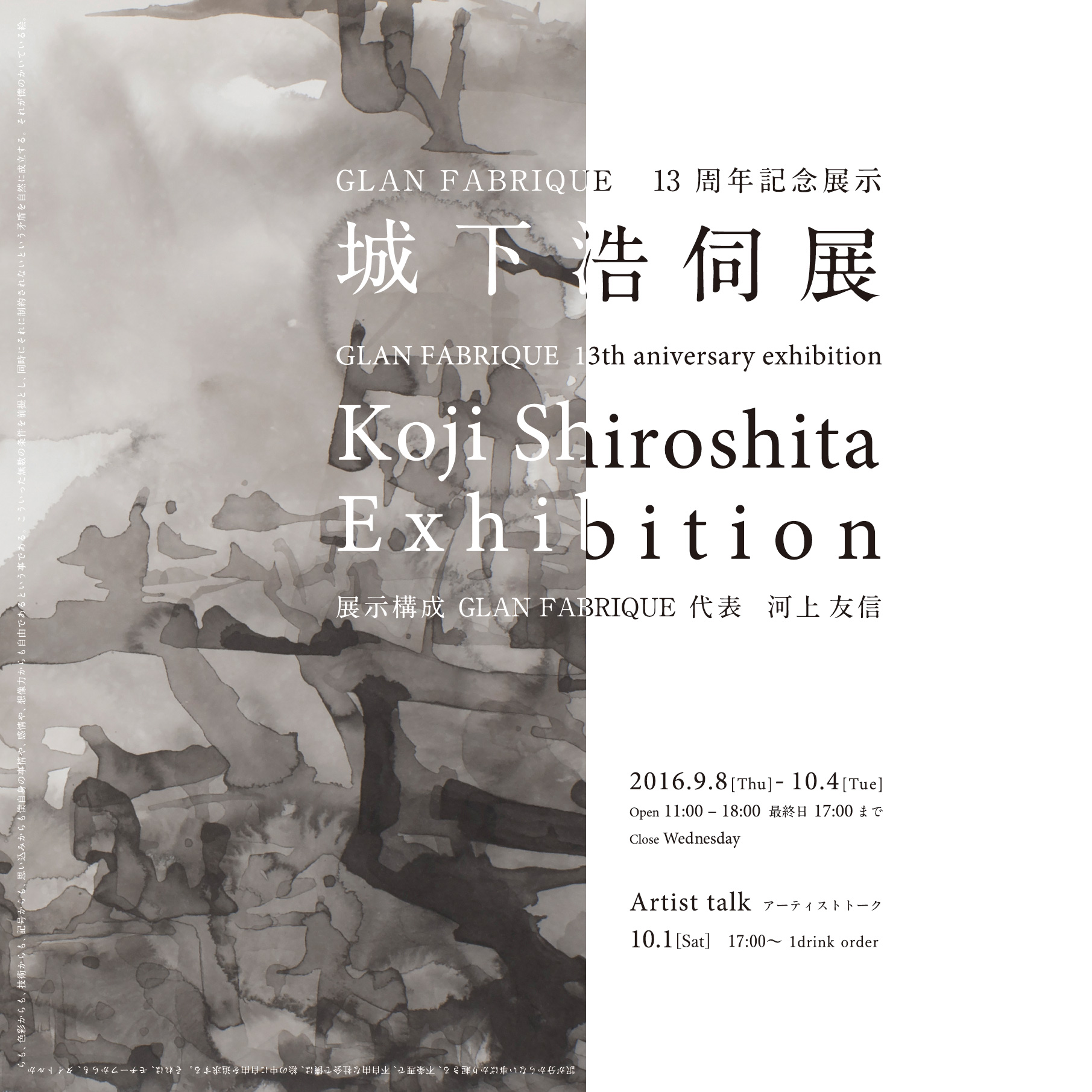 The artist will be at the gallery every Saturday, Sunday, and Monday.

Glan Fabrique is an alternative space in Ibaraki-shi, Osaka, which was renovated from an wooden Japanese house built around 100 years ago. It will have the 13th anniversary this September. We will hold the anniversary exhibition by an artist Koji Shiroshita .

A spatial designer Tomonobu Kawakami, the owner of Glan Fabrique designs the display configuration. He will show multiple approaches: “the arts to face and appreciate” at gallery la galerie, “the arts for teatime” at cafe Moka, and “the arts fitting into the life” at VIP room. 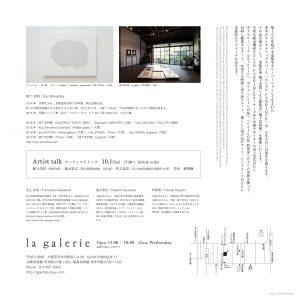